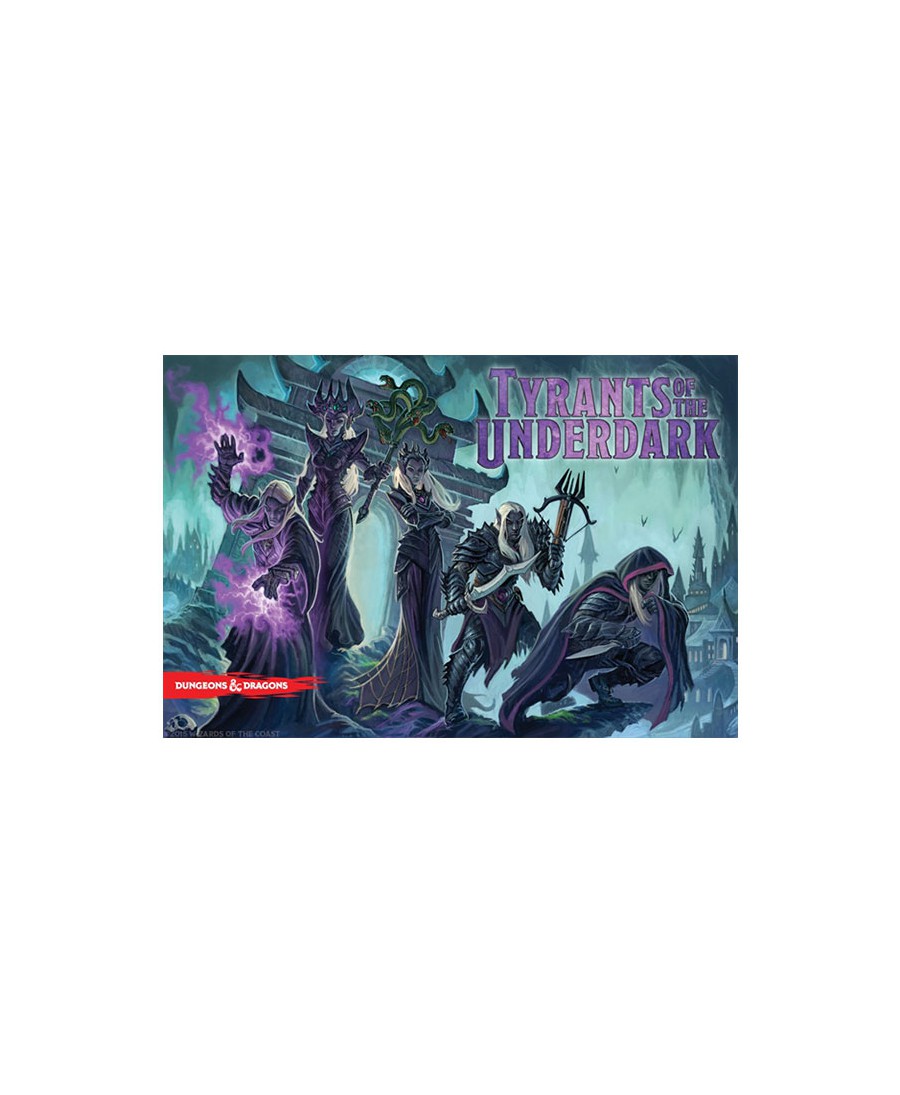 Tyrants of the Underdark - The Boardgame (VO)

Wizards of the Coast
GFN74001
Évaluation

From the same game design team that brought you Lords of Waterdeep, Tyrants of the Underdark pits 2 to 4 players against each other to take over territory in the tumultuous Underdark, mashing up deckbuilding mechanics with board control.

Designed by Peter Lee and Rodney Thompson, Tyrants of the Underdark is a competitive board game in which you play as a drow house recruiting monsters, cultists and demons to aid you in controlling locations such as Menzoberranzan and Blingdenstone. Using power and influence as resources, Tyrants of the Underdark features multiple strategies you can use in crafting your deck of minions. Be the spymaster infiltrating your enemy's strongholds or the deadly warleader concentrating on assassinating enemy troops. No matter how you decide to play, whoever controls most of the Underdark at the end of the game wins, unless there's some hidden strategy in play.